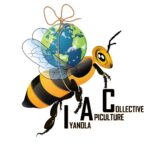 Do you enjoy working outdoors? Do you enjoy walking through the forest? Or going to sit on a beach? Making a cook by the river? Or catching fish? As a beekeeper, I assume you would. If any of these activities interest you, then listen up because there is some important information in this presentation for you.

Why is environmental conservation important to beekeeping?

Over the past 21 years, there has been a sharp increase in the number of species considered as critically endangered, endangered or vulnerable across, as illustrated in this graph. What this graph is really saying is that 37,480 species of animals across the globe are in danger.

As humans, we seem to think that losing animals is not important to us, but this is furthest from the truth. Why is environmental conservation important to beekeeping? Because some of the species identified as vulnerable are bees.

Less bees may means less food since approximately 80 percent of all flowering plant species are specialized for pollination by animals, mostly insects (FAO 2021).

Most food chains start with plant or crops and hence, other species of wildlife on which we depend will also be impacted. 44% of the world population live in rural setting and are dependent on the environment, for food, water, shelter and livelihood.

This includes you all as farmers, beekeepers and bee product enthusiasts. So beekeepers needs to conserve the environment because if they don’t, they may lose their beekeeping livelihood as well as their agriculture livelihood.

Humans are therefore the most important ingredient in environmental conservation

Humans are therefore the most important ingredient in environmental conservation. Natural resources from the environment are processed by humans and sold as products, which brings about economic development.

Some of the finances from economic development must be put back into environmental conservation in order to ensure that there is a sustainable source of natural resources for continued economic growth.

Since people are at the center of the harvesting and use of natural resources, they are the most important ingredient in environmental conservation.

Gender refers to the characteristics of women, men, girls and boys that are socially constructed.  This includes norms, behaviours and roles associated with being a woman, man, girl or boy, as well as relationships with each other.

Gender interacts with but is different from sex, which refers to the different biological and physiological characteristics of females, males and intersex persons, such as chromosomes, hormones and reproductive organs.

Gender and sex are related but different from gender identity. Gender identity refers to a person’s deeply felt, internal and individual experience of gender, which may or may not correspond to the person’s physiology or designated sex at birth.

Why is Gender important in Environmental Conservation?

The Convention for Biological Diversity has found that in 20% of countries surveyed, the lack of women’s stakeholder involvement is a challenge for biodiversity conservation or an indirect drivers of biodiversity loss. That is one in five countries of the world. This is because women generally, are conservationists.

Women have a  central role in food production is critical to local food and nutrition security and resilience to environmental changes. Yet, despite this, they have women have unequal access to, and control over, land, productive assets and biological resources. And this makes women more vulnerable to biodiversity loss, ecosystem degradation, climate change and natural disasters.

What this information is telling us is that gender is an important consideration in environmental conservation.

Gender equality refers to the equal rights, responsibilities and opportunities of women and men, and girls and boys.

Equality does not mean that women and men will become the same. It does mean that women’s and men’s rights, responsibilities and opportunities will not depend on whether they are born male or female.

Gender equality implies that the interests, needs and priorities of both women and men are taken into consideration, and recognizes the diversity of different groups of women and men.

Gender equality is not just a women’s issue. Men and women should be concerned about it and fully engaged. Equality between women and men is seen as a human right.

Gender Gap: The difference between the condition or position of women and men in society, measured in various ways.

The empowerment of women and girls concerns their gaining power and control over their own lives. It involves:

At the international level, Trinidad and Tobago must report on the gender issues, opportunities and interventions to the UN. This means that the Government is accountable to international entities to address local gender issues within different sectors e.g. Gender analysis for NDCs.

As such, we must hold the Government accountable for implementing gender supportive interventions to empower women, in all sectors of society, including environment and agriculture, especially beekeeping.

Analysis of beekeeping sector in TT

The local beekeeping sector is male dominated. There are few beekeepers offering their training to new beekeepers. The majority of beekeepers are part-time or hobbyists

What would happen if more women and men were to work together in beekeeping in TT?

Beekeeping opportunities for men and women

Beekeeping provides opportunities for both men and women in terms of livelihoods for example in Beekeeping equipment, Propolis, Pollen, Beeswax, Bee food, Forage plants and Honey.

What have been the barriers for women getting involved in beekeeping?

Cultural roles: there is the perception that there are some roles not made for women.

Self-esteem: it is widely accepted that low self-esteem is the silent enemy of many women.

Literacy: they may lack the ability to read

Fear: many women are afraid of bees

These provided some or all of the following:

Women in beekeeping in the Caribbean

Few female beekeepers in the Caribbean

Most do not get involved in beekeeping because of the reasons listed before but especially:

What can we do to get more men and women involved in beekeeping?

Language is important. Women and men think differently and hence, what you say and how you say it is important.

Women and men at different paces. Respect each others way of working.

A meeting was held and the women were asked what products they were most interested in. We discovered a demand for products that could be made from beeswax and propolis

In that same meeting, a candy making session was held. Honey candy containing propolis and other natural products – chocolate, ginger and lemon- were made and shared.

The women were so excited that: